Mostly Nova Scotia celebrates summer with a strong community spirit and friendly involvement. The local Celtic bands are likely to come on stage with short pants, wearing their baseball hats back to front, while they deliver songs like Ron Hynes’ “Sonny’s Dream” with meaning and soul.

The 2012 Halifax Jazz Festival was probably the best ever. Sponsored now by TD bank, the festival brought in some big names in music and extended on the Jazz Festival to include Rap, Blues and popular music. The entertainers were as entertained by Halifax as much as they entertained. Many invited the audience to after show private parties and some pre-show clubbing. 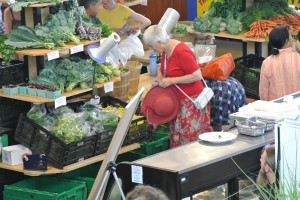 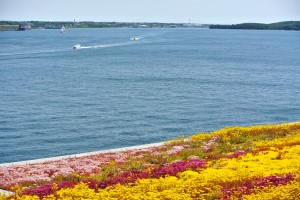 The Jazz Festival ended on Saturday July 14. A beautiful sunny day. Hot, but on the waterfront cooler than many places in the sun. The jazz patrons took the opportunity to walk around the waterfront and many wandered down to the Seaport Farmers Market.

I took the time to drop in for my oysters on the half shell and Steve Oreno’s Cappuccinos, where he says foam was not built in a day. But the day belonged to jazz in the tent, where a crowd was dancing to the Big Valley Band. Their enthusiasm was infectious!

Meet Emily Forrest at her rendezvous, the Halifax Seaport Farmers Market, and walk with her to some of her favourite Halifax eating spots where she has arranged your welcome with samples of gourmet Nova Scotia seafood and bite sized delicacies. The tour takes 90 minutes as you walk from the waterfront along Barrington street and Spring Garden Road. You will visit half a dozen or so locally owned restaurants, each with a unique and truly local culinary style. Emily takes you behind the scenes to see how these famous chefs work and share their passion for food, heath and life. Visit http://LocalTastingTours.com >>>>

Don’t miss this bite a minute walk and gourmet tour with one of Halifax’s personalities. Emily Forrest, a local performer makes time to follow her passion and to make a contribution to the lives of others. You just might find her on stage, performing her own play, acting or producing a play in the Atlantic Fringe Festival or working with one of the many productions around Nova Scotia. 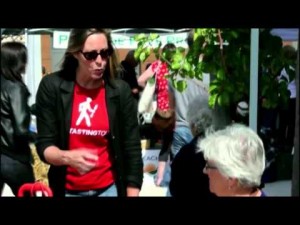 A short video on Emily Forrest as she awaits her clients at the Halifax Seaport Market. I just happened to pass her on my way back from visiting the market and taking photos of “Wrap so D” preparing his breakfast wraps while he sings his favorite songs. It was a busy day with a cruise ship ...

For More on Nova Scotia

A short video on Emily Forrest as she awaits her clients at the Halifax Seaport Market. I just happened to pass her on my way back from visiting the market and taking photos of “Wrap so D” preparing his breakfast wraps while he sings his favorite songs. It was a busy day with a cruise ship ... 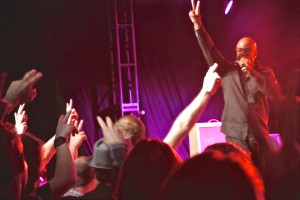 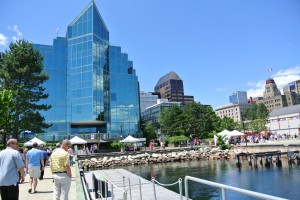 Where Summers is Always a Party – It’s jazz time in Halifax so you know it’s summer. The first thing that marks summer here in Halifax is the farmers market that opens in spring. You know then that summer is just around the corner! Summer unfolds with street fairs, buskers, open air films, the Atlantic Film Festival, ... 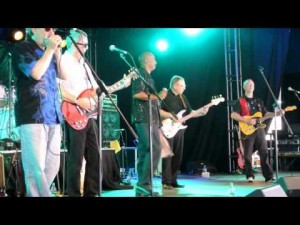 George Street Blues Project Rocks at Halifax Jazz Powerhouse R&B singer Sheldon Gordon entertains on the waterfront at Halifax Jazz Festival. He is backed by the rhythm section of Mike Flemming and Jeff Barnes, guitars of Terry Morrison and Paul MacNabb, and Dave Bedford with the sweet sounds of the harp. Personnel: Dave Bedford – harmonica; Jeff ... 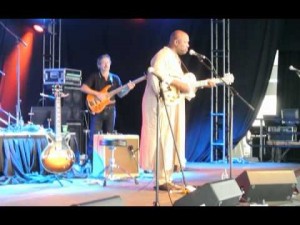